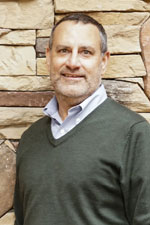 This is a second career for Stephen. After college, he spent 10 years in the packaged food service industry in a variety of sales, marketing and management positions; including Nestle USA, Minute Maid Foods, a division of Coca-Cola, and Del Monte Foods.

Stephen earned the Accredited Investment Fiduciary® (AIF®) designation offered through fi360. You can learn more about this designation here.

Stephen graduated from the University of South Carolina with a B.S., Finance degree in 1987. He was born in Orange, CA, raised in South Carolina and has been a resident of Dallas, TX for 20+ years.

Stephen and his wife Alison have three young children that keep them very busy. He’s competed in the sport of triathlon, off and on, since the early ’80’s and is a 4x Ironman triathlon finisher, including a 2x Ironman Hawaii World Championship finisher. He also enjoys running and is a Boston Marathon qualifier.

Some of his other interests include reading, home improvement and staying active. He also hosted a radio show, called the Financial Roundtable, which aired on KEOM 88.5 FM in Mesquite, TX.

Are You Successfully Meeting Your Financial Goals?

Request a no-obligation consultation with us today!